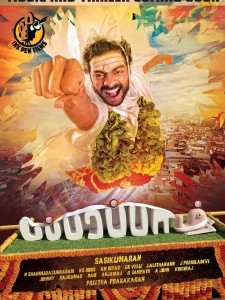 It is the upcoming Tamil movie in 2017.It’s released date is March 10, 2017.It is directed by Raghava Lawrence,
produced by N/A.The other cast is Lawrence Raghava, Sathyaraj, Nikki, Galrani and Sathyaraj Krishna.

It is the upcoming Tamil film in 2017.The release date is March 10, 2017.It is directed by Prasanth Pandiyaraj,
Produced by Kenanya Films.The other cast is GV Prakash.

It is the upcoming Tamil movie in 2017.It’s released date is 10 March 2017.It is the action and thriller movie.
It is directed by Lokesh Kanagaraj, Produced by S R Prakashbabu, S R Prabhu.The other cast is Regina Cassandra,
Sundeep Kishan and Sri.The music director is Javed Riaz.

Enkitta Mothathe is an upcoming Indian Tamil movie.It is written and directed by Ramu Sellapa.Produced by Rv Films and Eros International.The cast of the movie is Natraj.

It is an upcoming Tamil movie in 2017.It is directed by K.v Anand and produced by Kalpathi S.Aghoram, Kalpathi S.
Ganesh, Kalpathi S.Suresh.The cast of the movie is Vijay Sethupathi, T.Rajhentherr, Madonna Sebastian.
Share
Previous List of innovative Business Ideas
Next Why couples want to Visit Iceland 2021