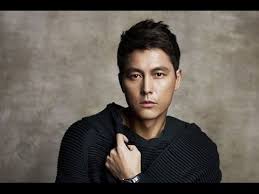 If you are looking for Jung Woo Sung upcoming movies 2017. Jung Woo Sung is a South Korean actor model and director.He started his career as a model then did his first film Beat in 1997.He won the Best New Actor award.he is also famous in other Asian countries.After that he got lots of film awards like Popular Actor Award at the Blue Dragon Film Awards, Best Supporting Actor at the 3rd Asian Film Awards etc.He did lots of films like Beat in 1997,Love in 1999, Musa in 2001, Daisy in 2006, Reign of Assassins in 2010, Friends and love in 2011, Cold Eyes in 2013, Don’t Forget Me in 2016.Here is the list of upcoming movies of Jung Woo Sung in 2017.

The King is a South Korean movie.This movie is about a boy who becomes a prosecutor after getting lots of difficulties in his childhood.He wants to become a powerful person and then meets Han Kang Sik(Jung Woo Sung).The other cast in the movie is Bae Sung Woo, Kim Eui Sung, joongLee Joo Yeon, KJoong.It is directed by Han Jae Rim, Written by Han Jae Rim
Share
Previous List Channing Tatum upcoming movies 2017
Next List of Myanmar Beautiful girls